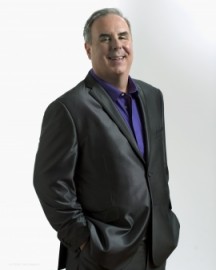 Get ready to laugh out loud when experiencing the high energy talents of World Famous Hypnotist John "The Trance-Master" Cerbone. He's considered to be one of the finest stage hypnotists in history!
Each "Trance-Master" comedy hypnosis stage show is filled with laughter and high powered hilarity making the most important show of all, yours, truly unforgettable. Cutting edge shows performed by an Internationally recognized master of the art, Las Vegas quality Comedy Stage Hypnosis, Speed-Hypnosis and Street Hypnosis shows also just a part of the Trance-Master’s repertoire!
From Stage, t ... o street to TV, come see for yourself!
John “The Trance-Master” Cerbone has been providing non-stop comedy hypnosis fun coast-to-coast for over 20 years. If you're looking for a true full-time entertainment professional, you've found him.
From THE Hypnotist other Hypnotists consider a LIVING LEGEND!
John has presented literally thousands of professional stage hypnosis shows, hypnotizing over 120,000 fun-loving people so far. He has starred on MTV's “Hypnotize My Roommate,” appeared on Fox News several times, has performed at Planet Hollywood and The South Point in Vegas, and has taught his ground-breaking “Speed Trance” instant hypnosis techniques to celebrities and aspiring hypnotists across the US, Canada and Europe.

World Famous Hypnotist John "The Trance-Master" Cerbone has hypnotized well over 180,000 people and regularly drops complete strangers into deep hypnotic trance in mere seconds, earning peer recognition as The Fastest Hypnotist Alive. He has performed in the UK and at colleges all over the USA, from Broadway to the Catskills to Atlantic City to headlining to oversold out rooms on the famed Las Vegas Strip and recently hypnotizing celebrities at the Emmys. He has also appeared numerous times on radio stations, MTV and in front of millions on Fox News. Creative and innovative, John is author of ... the Internationally bestselling books "Hypnotic Scripts that Work" [vols 1 & 2] and several instructional videos, and has developed new methods of instant induction for stage, street and clinical hypnosis called "Speed Trance," which he teaches around the world. Each "Trance-Master" comedy stage show is customized, and therefore no two shows are ever alike. If you're looking for memorable fun via top-notch entertainment ~ a true mind-blowing show that literally has the guests dancing in the aisles ~ you want to book John Cerbone. 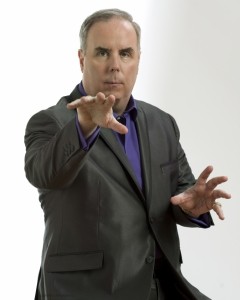 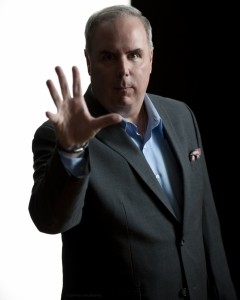 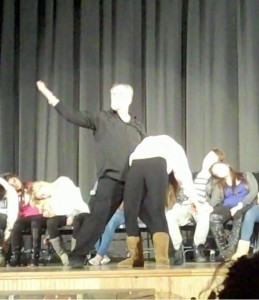 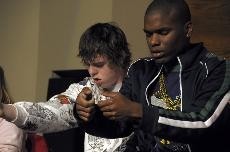 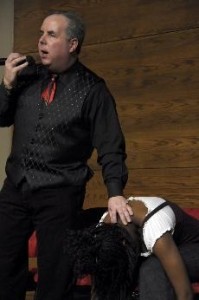 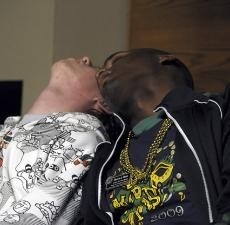 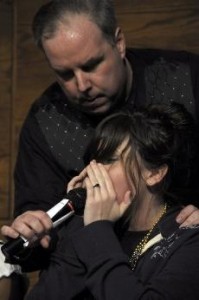 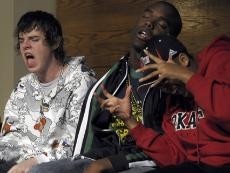 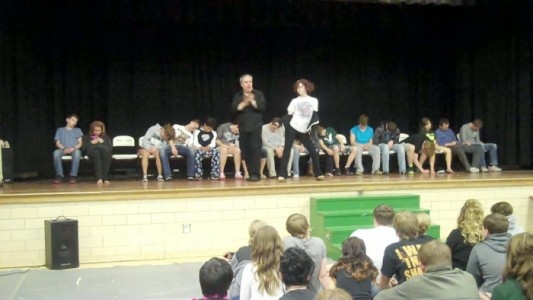 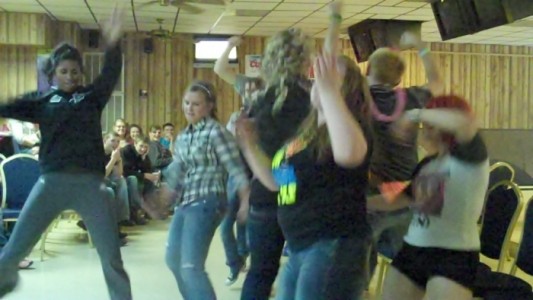 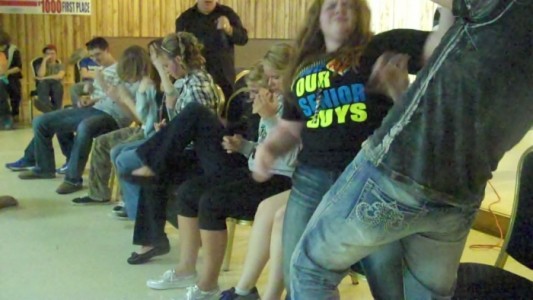 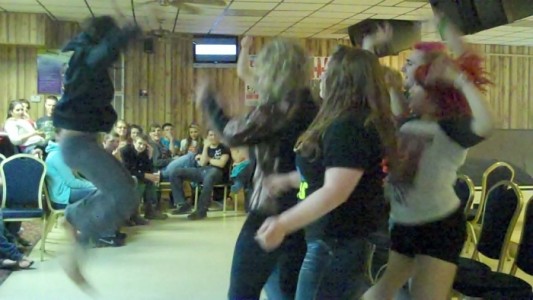 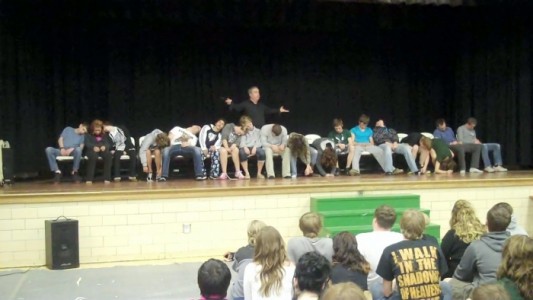 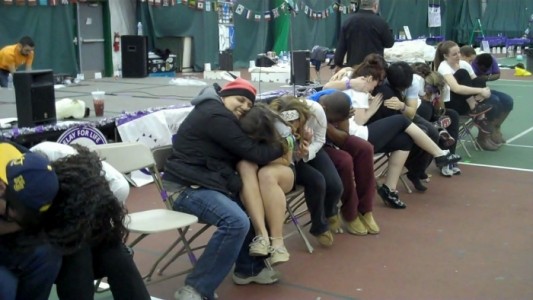 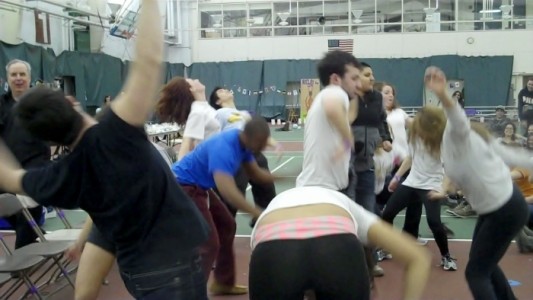 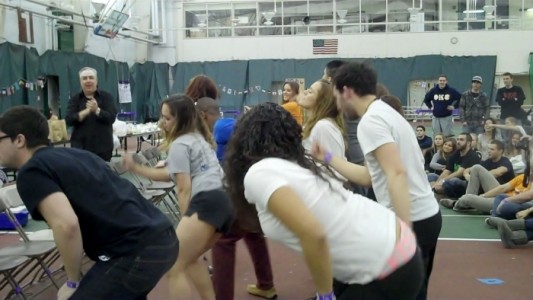 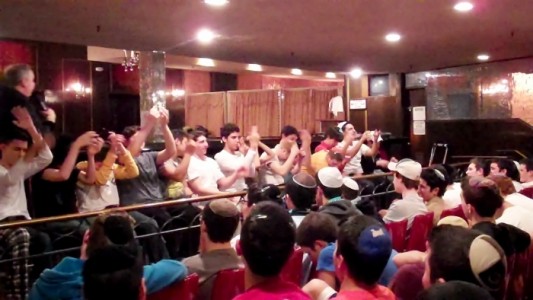 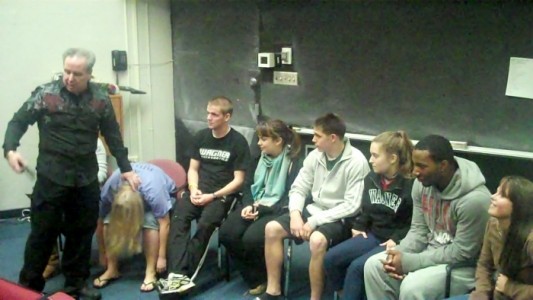 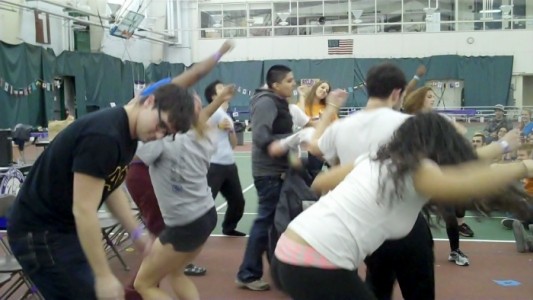 John's Hypnosis experience began at 3 and 4 years old when he began practicing self-hypnosis, and he started using his talents throughtout his school years. His certification and training spans 4 decades, and he hosts high powered energetic Hypnosis comedy shows for audeinces large and small, from corporations, to Universities and Colleges, to high schools and private events, to hosting training clases to being world-renown as the inventor and developer of Speed Hypnosis, being clcked as fast as 2/10's of a second ice cold on complete and total strangers.