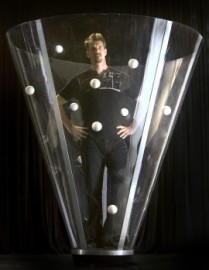 (no reviews)5.0
Country: United States
Based In: Philadelphia, Pennsylvania
Performs: Worldwide
From: $2500

Greg is a modern manipulation artist that uses the principles of geometry and physics to create groundbreaking work with original constructions. He's mastered traditional juggling technique, as well as creating entirely new forms of manipulation. His routines mesmerize audiences!
Request a Quote
Share this Page:
Profile Views: 1961
Report this profile

Greg currently has four show options: Theorem, his most extensive production, incorporates Greg's largest structure pieces, original aerial acrobatics, live music, and a cast of six. Spherus incorporates Greg's distinct manipulation, trio choreography, and the acrobatics of two aerial dancers. Innovative Juggler is Greg's solo show, which includes juggling, comedy and unique performance pieces. Kinetics is his educational program, which explains physics through juggling. In addition to his regular shows, Greg offers shorter segments to fit within other productions, ambient visual spectacle on ... satellite stages, and can even customize a performance for a specific event.

Originally trained as an engineer, Greg uses the principles of geometry and physics to create groundbreaking work with original apparatus. As a young juggler he quickly made a name for himself in the juggling community not only by his mastery of traditional juggling technique, but also for creating entirely new forms of manipulation. He is now renowned for his many original contributions to juggling as an art form. Jugglers know him for his award-winning creativity; audiences know him for his entertaining performance, making visual spectacles out of everyday objects. 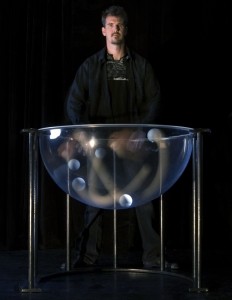 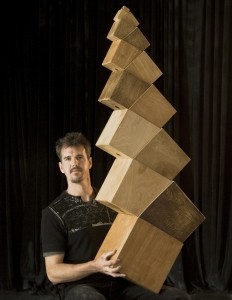 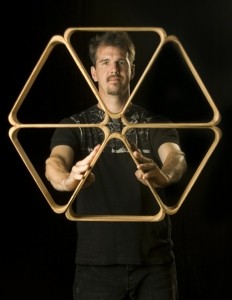 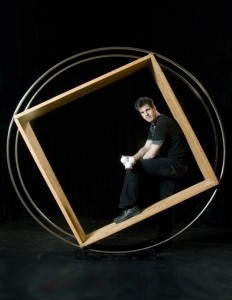 Greg Kennedy is finally available to bring his performance to your venue - after completing 5 years with Cirque du Soleil, performing over 1500 shows in 25 cities for more than 3 million people. This is just the latest chapter of his long and adventurous career as a juggler - from winning the Gold medal at the International Jugglers' Association Championships, to appearing on the Tonight Show with Jay Leno, being featured on the cover of Juggler's World and Juggle magazine, receiving over two million views on his YouTube videos, and performing on five different continents.