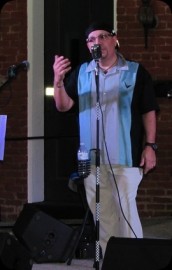 When contacting this member, please state that you are viewing their Entertainers Worldwide profile.
Request a Quote
Share this Page:
Profile Views: 792
Report this profile

The "Hit" Man pays tribute to the legends and their radio hits of yesteryear. Specializing in bringing you the best of the 50's 60's 70's & 80's Rock n Roll, Doo Wop, Motown, and Disco and maybe even some Yacht Rock! You'll recognize every song and be singing along as you're taken for a trip down memory lane! THM has great interaction with the crowd and will keep them engaged throughout your event. Whether it's bringing people up on stage to sing, play an instrument (tambourine, Maracas etc) or just dance and have a good time, there's no doubt a great time will be had by all!
If you love ... the oldies, step back in time and enjoy some of the greatest music to ever hit the airwaves as performed by The "Hit" Man.

Solo Singer/Vocalist located in Memphis, TN with a show that pays tribute to the great Rock n' Roll of the 50's 60's 70's and 80's! Formerly a member (singer) of the band The Derelects. covering the top 40 hits during the mid and late 80's. now embarked on a new project, I currently perform as a soloist with a more expanded catalogue of songs and a heavier emphasis on the earlier days of rock n roll. 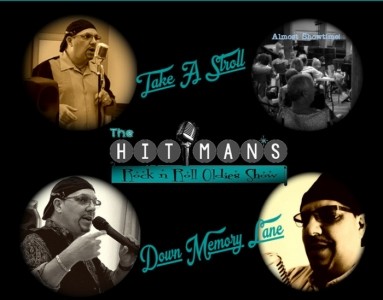 Solo Singer/Vocalist located in Memphis, TN with a show that pays tribute to the great Rock n' Roll of the 50's 60's 70's and 80's! Formerly a member of the band The Derelects, we were a POP/ROCK BAND COVERING ALL THE BIG HITS FROM THE ERA (80's & early 90s). Following WAS A HIATUS AWAY FROM THE MUSIC SCENE FOR A WHILE.
A return to music was never in doubt. After a few short stints in a few small projects, things began to take shape in the form of a duo project which captured all the rock n roll of the past stripped down to an acoustic guitar, 2 voices, and great harmonies!
Now embarked ... on a new project, I currently perform as a soloist (trio available as well) with a more expanded catalog of songs and a heavier emphasis on the earlier days of rock n roll.

Personalized Happy Birthday wish to a Spouce, Mom, DaD whomever you'd like!

I provide a one song "Happy Birthday" to the person of your choice "Live" via Facebook, Skype, Zoom etc.
$10

Need virtual entertainment? I will give a one hour performance covering some of the biggest hits from the 50s-80s! Set list can be established by you (the buyer), myself or a collaboration. (Approx 20 songs)

This is a great way to provide music that best matches up with your guests, clients, or patrons!
$25