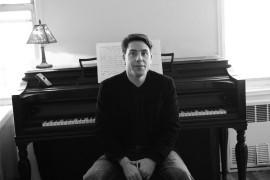 (no reviews)5.0
Country: United States
Based In: New York
Performs: Worldwide
From: Contact

London and New York based award winning Pianist and Composer is well experienced and varied in classical, jazz, musical theatre, pop, rock, film music, and new age. On both US coasts, he has performed constantly for various events.
: 934.222.XXXX Click here to reveal
full number

London and New York based pianist Brian Mark has been hailed as an “attractive and intelligible” artist (Boston Musical Intelligencer), whose work "preserves the vibrancy and relevance of contemporary art music" (NY Examiner). He's also an accomplished versatile accompanist and organist, who has worked with many professional organizations and ensembles in San Francisco, New York City and London, UK. From 2007-2008 he served as a Musical Director at a Methodist in San Francisco, and was an organist for a local church in Stoke Newington from 2014-2017.
In addition to classical music, he ... is well experienced and varied in jazz, musical theatre, pop, rock, and new age. On both US coasts, he has performed constantly at recitals and social events, such as weddings, cocktail parties, art gallery openings, auditions, and other various functions. In 2010 he had the opportunity to perform as a pianist in many styles and genres for an opening exhibit in Manhattan with the prestigious David Tutera, the director of We TV's My Fair Wedding (shown on Wetv).
As a classical pianist, he has accompanied SF tenor A.J. Gluekert at the San Francisco War Memorial & Performing Arts Center, Berkeley based Soprano Ann Moss at the San Francisco Conservatory of Music, and recently worked with NY Soprano based Karmen Kluge for a performance as Suzanna (in Marriage of Figaro) with the Brooklyn Opera. In addition, he worked with SF Coloratura Soprano Stephanie Reneé Wetter in the Castro of San Francisco (restaurant recently closed) in the Fall of 2005. Also, he accompanied with Ms. Kluge for an audition of an aria from Mozart "Cosě fan tutte", as well as accompanying a vocalist on some Debussy Art Songs for a Vocal Competition at Hewlitt Public Library.
As a solo pianist, he has performed at the San Francisco War Memorial & Performing Arts Center, The San Francisco Conservatory Hellman Recital Hall, Galapagos Art Space in Brooklyn, and Roulette in New York City. He made his UK debut performing at The Forge, Camden in June of 2012.
In addition to serving as a pianist for various high school and middle school music theatre productions in San Francisco, he was the sub accompanist and an acting Music Director for the Bay Theatre District rehearsals of "The Fantastiks" at the Actors' Equity in Midtown, and was hired as a cabaret accompanist and an arranger (opening song for show) for an Off-Off Broadway Musical Theatre Review show ("The Swinging Office 60's Christmas Party) with Bizarre Noir Productions, which was performed at the Theater's Players Loft in the Village in 2008. That year he was also the pianist and assistant Music Director for Urban Academy's Musical Theatre Review Program.
In July of 2013, Brian was the conductor for Thames Christian College’s musical theatre production of “EVITA”. He recently made his West End debut in August of 2014, accompanying Lady Celeste’s “A Star is (Re) Born” for her limited performance run at the Camden Fringe Phoenix Artist Club. 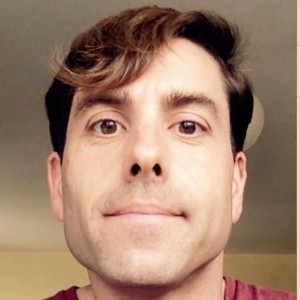 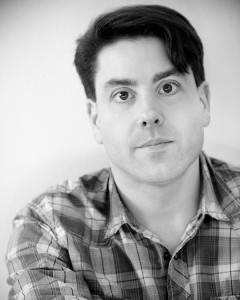