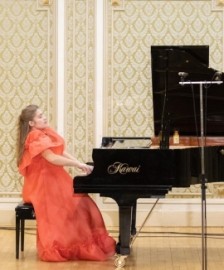 (no reviews)5.0
Country: United Kingdom
Based In: South Kensington, London
Performs: Worldwide
From: £200

Winner of more than 70 prizes, the Romanian concert pianist, Cristiana Achim is studying at the prestigious Royal College of Music from London, UK. At just 20 years old, she has played in various classical and jazz concerts in Romania and abroad (Malta, United Kingdom).
Request a Quote
Share this Page:
Profile Views: 247
Report this profile

At the age of 20, Cristiana is considered to be one of the most valuable young musicians from her native country. Her passion for playing as a solo pianist, or even in chamber music, brought her to a level of maturity that every true artist needs. Often invited to play at festivals and private events, Cristiana has met and performed with great musicians throughout her childhood. As a complete artist, Cristiana has played jazz and piano café music for a prestigious restaurant in Bucharest, where she discovered and developed a new kind of expression through music. In addition, she is regularly ... invited to play in art exhibitions or receptions at the National Theatre of Bucharest. Cristiana’s passions do not exclusively revolve around improving herself, but also helping others. Starting from 2012, she has done charity work by playing in hospitals, nursing homes, orphanages and helping people who cannot have access to concert halls. Exploring her empathy by bringing happiness to people, she is devoted to a lifestyle that can improve other people’s lives through music.

Born and raised in the city of Bucharest where she begun learning the piano at the ‘Dinu Lipatti’ National College of Arts at a young age, Cristiana is now a student at the prestigious Royal College of Music in London. Throughout her studies she was mentored by acclaimed teachers such as Nigel Clayton, Ian Brown, and Diana Ketler and is also one of the last pupils of the distinguished piano pedagogue Ana Pitis. Often invited to play at festivals and concerts, Cristiana has had the chance to perform with acclaimed musicians like Frans Helmerson, Sabin Pautza, Mihaela Martin, and Răzvan Pop ... ovici, who also introduced her to the world of chamber music. Thanks to this, Cristiana became a founding member of the ‘Ascens Quartet’. A winner of numerous international piano competitions such the ‘Pro Piano’ International Competition and the ‘Tudor Dumitrescu’ International Piano Competition, Cristiana has also furthered her musical capabilities by participating in piano masterclasses throughout Europe, most recently at the Malta International Music Festival and British Isles Music Festival here in the UK. As a resident artist with the Romanian Royal House, Cristiana was invited to play with the Royal Camerata in 2016 and 2018 at the Atheneum in Bucharest. Developing a keen interest in jazz as well, Cristiana is well versed in the art of improvisation, being e regular guest performer at various jazz and ‘café chantant’ venues in Bucharest, as well as providing piano music at art exhibitions at the Romanian National Theatre in Bucharest. Her outreach work includes a long string of charity performances for hospitals, nursing homes and orphanages, as well as helping provide the musical provisions in areas where the public does not normally have access to piano music. 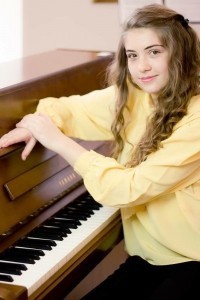 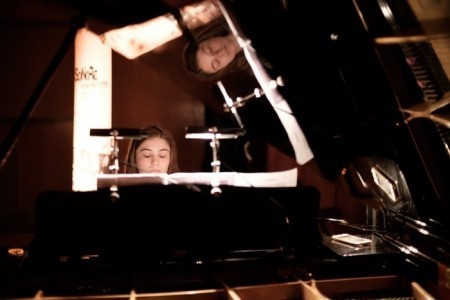 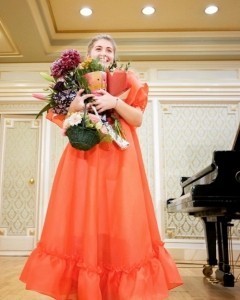 Gained scholarships at the Royal College of Music from London, Royal Northern College of Manchester and the Royal Conservatoire of Scotland in 2018.
Performed as a soloist with the Royal Cammerata at the Romanian Atheneum, under the button of Sabin Pautza in 2016 and 2018.
Played in various chambers music ensembles with musicians such as: Frans Helmerson, Mihaela Martin, Razvan Popovici, Diana Ketler.
Featured by the Romanian Musical Society in different artistic projects, including performing as a soloist for numerous classical music televisions and radios from Romania (R ... adio Romania Muzical, Radio Clasic, Enjoy TV, TVR).
Founder of 'ASCENS QUARTET' in 2017.
Invited member to perform with various ensembles in hometown and abroad: National Library from Bucharest, Romanian Atheneum, Opera House, Craiova Philharmonic, Bacau Philharmonic, Romanian University of Music 'George Enescu', Cultural Port Cetate, British Isles Music Festival, Lwellyin Hall from Surrey, UK; Robert Samut Hall from Valletta, Malta.
Featured at numerous festivals and concerts both nationally and internationally including Malta International Music Festival and British Isles Music Festival from UK.
Performed non-benefit concerts for disabled people in Romania (Bucharest, Oradea and other cities).