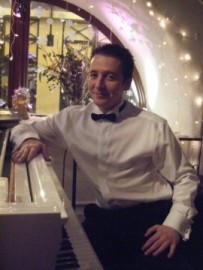 Sean Pol McGreevy is an accomplished pianist/singer specialising in all types of music from Swing and Jazz standards to present day Pop and Rock. A singer and pianist of equal distinction, Sean Pol’s powerful and energetic performances make him a favourite across London
: 0758541XXXX Click here to reveal
full number

SEAN POL MCGREEVY
Sean Pol McGreevy is an accomplished pianist/singer specialising in all types of music from Swing and Jazz standards to present day Pop and Rock. A singer and pianist of equal distinction, Sean Pol’s powerful and energetic performances make him a favourite across London's music scene and all over the world.
Belfast Born, Sean Pol McGreevy has been performing since an early age. He trained at Trinity College Dublin and works as an Actor, Composer, Musical Director and Singer/Pianist.
He has enjoyed a varied career and a lot of success in all areas. As an actor he wa ... s lucky enough to land the leading role “Mark” in the musical “RENT” the Irish Premiere including some of the original London cast, and more recently has received a lot of critical acclaim for the role of ‘Prez’ in “The Pajama Game” Union Theatre London, ‘Frank’ in “Mack and Mable” Broadway Theatre London and ’Johnny Brown’ in “The Unsinkable Molly Brown” The Landor Theatre London. One of the highlights of his singing career was performing at Glastonbury festival, he also composed the hugely successful musical “Ovid’s Transformations” which toured Ireland recently.
“Sean Pol McGreevy is outstanding, he, as they said in the twenties, razzle-dazzles.”
James Green, The Stage.
“Raw energy and pure talent”
Fintan O’Toole, Irish Times
“Sean Pol McGreevy is already something of a star, his singing is as strong as it comes, a belter of a voice”
Michael Darvell, ClasicalSource.com
“Sean Pol McGreevy has a natural voice to die for”
Aline Waites, Remotegoat.co.uk 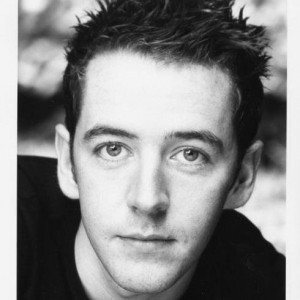 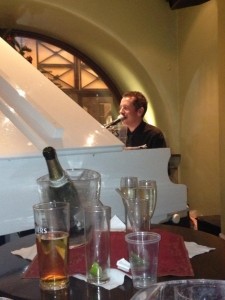