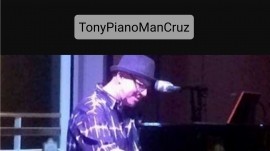 Born in Lisbon, Portugal, And now living in Bali Indonesia Tony C. is an accomplished pianist and vocalist who through years of professional experience has developed an individual style that conveys a love of music to a wide and varied audience.
Suited to all venues and occasions, Tony is capable of generating an atmosphere that compliments any environment, whether it be relaxed, intimate, formal or fun.
Tony's creative versatility and vibrant personality allows an audience to feel completely at ease in any situation ranging from cocktail pianist to cabaret performer or a versatile one man b ... and.
With an extensive song list boasting hundreds of songs including ballads, pop, jazz,
alternative, country and dance floor favourites, Tony is ideally suited to perform at parties, weddings, hotels, clubs, nightspots, piano lounges, or any other event that requires live music.
With his inspiring and powerful voice Tony has travelled and performed in locations scattered across the globe, and while primarily performing as a solo piano-vocalist, other experiences include playing in rock bands, jazz bands,
5 star hotels, and performing as a resident entertainer onboard international 5 Stars cruise ships.
In addition to TV and radio airtime Tony has earned a reputation as a unique and exciting entertainer ensured to captivate and impress any crowd, well worth the effort to see.
As a fact you will never be bored in his company...and that makes him :
''The Entertainer''
A LARGE REPERTOIRE OF ELTON JOHN - BILLY JOEL - STING
AND HUNDREDS MORE OF COVERS 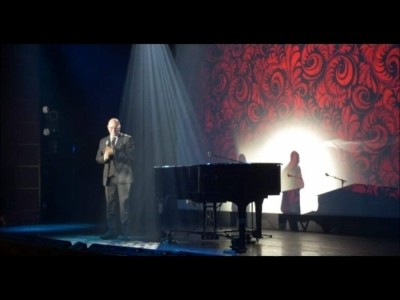