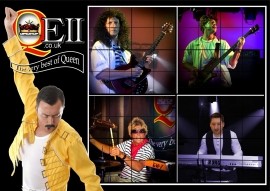 (no reviews)5.0
Country: United Kingdom
Based In: UK, Midlands
Performs: Worldwide
From: £1800

Along with the many fans who mourn the loss of Freddie Mercury, QEII aim to celebrate the wealth of talent that came together in Queen.
: 0771480XXXX Click here to reveal
full number

When contacting this member, please state that you are viewing their Entertainers Worldwide profile.
Request a Quote
Share this Page:
Profile Views: 1255
Report this profile

One Vision
Tie Your Mother Down
Seven Seas of Rhye
Tear It Up
It’s a Kind Of Magic
I Want It All
Under Pressure
Don’t Stop Me Now
Somebody to Love
Killer Queen
I Want To Break Free
Save Me
Love of My Life
Is This The World We Created?
Brighton Rock
Fat Bottomed Girls
Show Must Go On
Bohemian Rhapsody - Totally Live!!
Hammer To Fall
Radio Ga Ga
Another One Bites The Dust
Crazy Little Thing
We Will Rock You
We Will Rock You (Fast Version)
Friends Will Be Friends
We Are The Champions

A Brief History . . .
Having played together for more years than they care to remember; and realising that the Queen songs that they performed received rapturous approval, as opposed to the songs of other artistes, B-fifteen, as they were then known, decided to embark on a monumental task - To recreate the best, most talented rock band EVER.
What's In A Name . . .
The name QEII was deliberated over for a long time. A name was needed that was aesthetic visually, but portrayed the same strength that the name QUEEN commanded.
The large 'Q' was considered an integral part of the design, ... but the image seemed a little weak on its own. After some experimentation, the crown was added, and that's how it is today.
Are They Serious?
You bet your life they're serious. Being staunch Queen fans themselves, the last thing QEII want to do is alienate Queen fans, either by name or performance.
By aiming to replicate a live Queen performance, with all its charm and charisma; and where possible, adding the studio harmonies, QEII aim to please and impress as many people as possible.
In The Beginning . . .
In 1993 QEII formed to pay tribute to the World's No.1 band. The arduous task of co-ordinating lighting, image, clothes, make-up, (Yes, make-up! If QEII do a job, the job is done professionally throughout!), mannerisms and not least, by any means, the harmonies and music of the greatest band in the world. The Stoke-based band rehearsed behind closed doors for twelve months to perfect the show - The 1986 Magic Tour.
QEII are now critically acclaimed as ”The UK's top Tribute to Freddie Mercury & Queen”
The rest, as they say, is history. 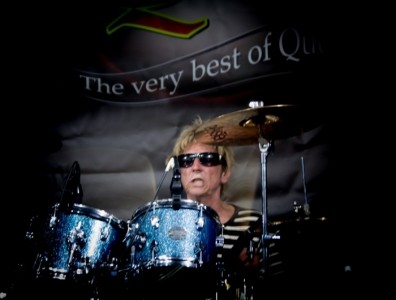 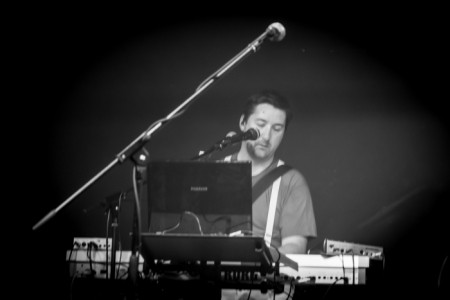 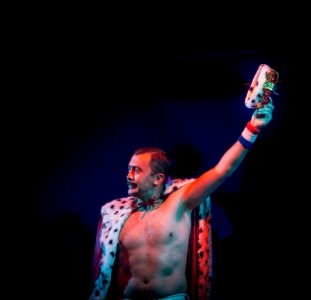 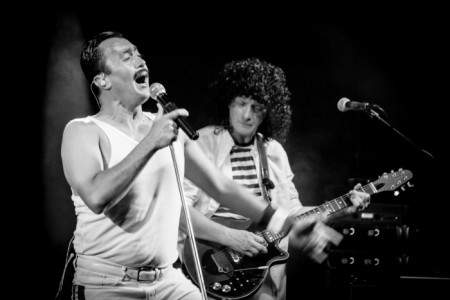 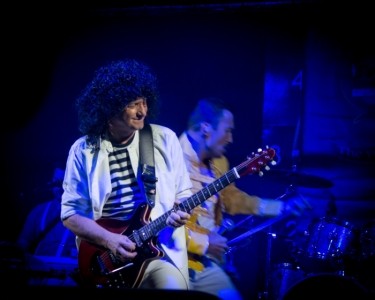 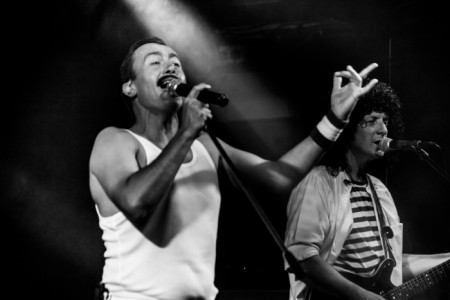 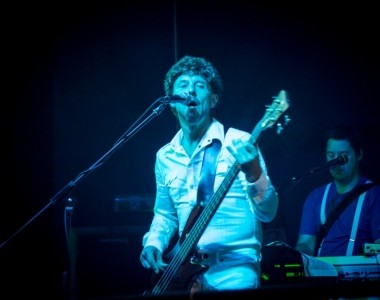 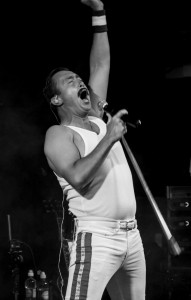 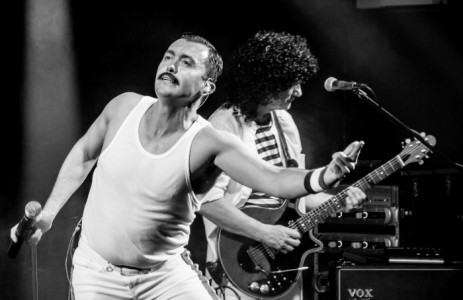 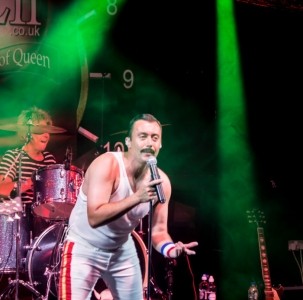 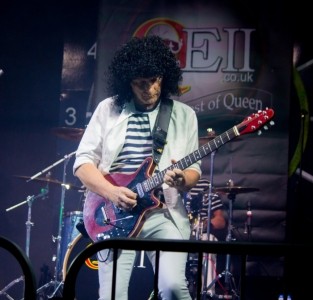 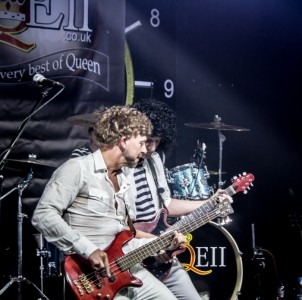 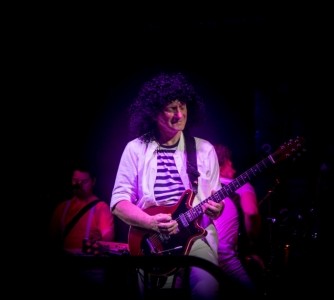 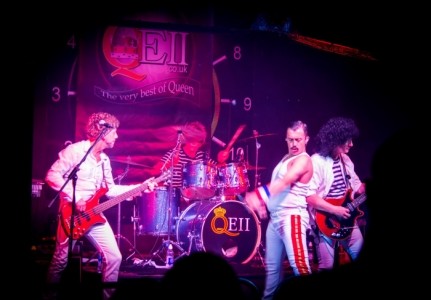 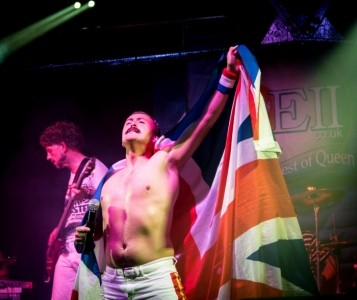 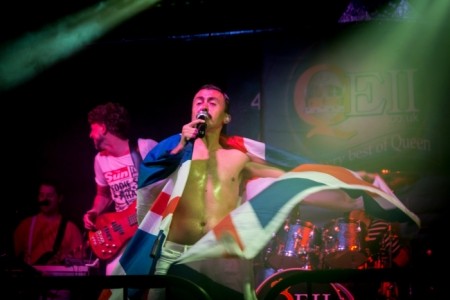 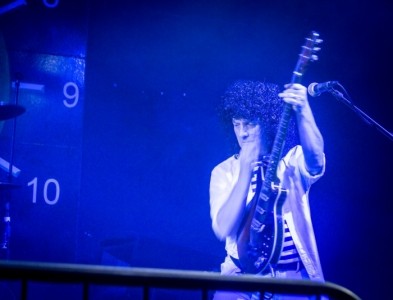 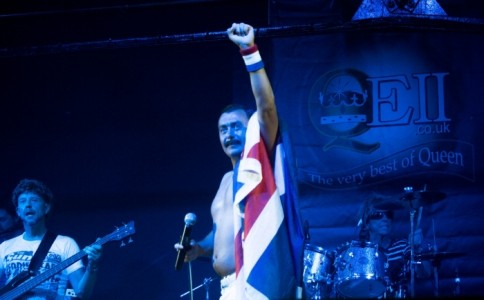