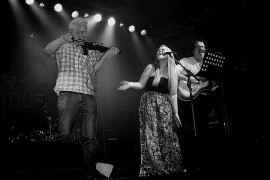 (2 Reviews)5.0
Country: United Kingdom
Based In: Leeds, Yorkshire and the Humber
Performs: Worldwide
From: £600

Live Lounge are a versatile and talented acoustic trio based in West Yorkshire - "Dare to be Different" Live Lounge are perfect for any event such as weddings and can arrange full entertainment packages tailor - made to your requirements.
Request a Quote
Share this Page:
Profile Views: 3215
Report this profile

Winners - Best Newcomers - National Entertainment Awards 2013
“I really do like your stuff. I don't know if anyone has told you but it's a unique sound”.
Ron Magness, Owner TranQuility Records, five times nominated GRAMMY® Award winning Producer and Songwriter, and OSCAR nominee
Classically trained and experienced performers, Live Lounge play chilled out covers of popular songs from the last 40 years in beautiful arrangements you won't have heard before. Stunning female vocals blend with sweet violin lines and guitar/vocal backings to create a unique sound that will thrill your ...
guests. Live Lounge are perfect for any event and can arrange full entertainment packages tailor -
made to your requirements.

Live Lounge formed just over three years ago when the youngest members of the band (Michaela Glover and Chris Morley) were trying out some material in a Bradford pub as an acoustic duo. They had played together since early teenage years in various rock bands and fancied a change of style. Howard turned up with his violin, jammed along to a few songs and the ‘trio’ realised they had a compelling sound that was so different to anything else on the scene
In the first few days of 2012, Live Lounge cut their first studio tracks, sent the MP3s to industry contacts and within a few weeks, the ba ... nd had secured:
• A corporate event at the world famous Cavern Club in Liverpool
• Two engagements at the renowned Blues Bar in Harrogate
• Sole entertainment at the Leeds Corporate Hospitality Show at Leeds Utd
• Bradford Business Forum – 300 industry leaders at Morrisons HQ in Bradford
• Wedding bookings including Hazlewood Castle and Rogerthorpe Manor
• A December/New Year residency at New Ellington Boutique Hotel Leeds
An enormously successful first year was followed by industry recognition in 2013, when the band also started working with a second guitarist, Chris Taylor. Achieving ‘finalist’ status in Big Audition and Rock the House (Parliamentary music competition) was followed by the accolade of Best Newcomers – National Entertainment Awards. This second year cemented Live Lounge as one of the North’s premier acoustic acts and the band followed up in 2014 with their busiest summer of weddings, parties and corporate events and an ambitious musical exchange, which saw a tour of Genova in Northern Italy and a series of events across Yorkshire in collaboration with Italian band, Palconudo.
The musical style is so different, that it is difficult to compare to other performers. People have commented on likenesses to Mumford and Sons, Boyce Avenue, Cranberries and Alison Kraus, so you should get an idea of how diverse this band is. Also, the ages of the band members ranges from early 20s to some way past 50, so a wide range of musical influences also come into play, resulting in a set list that can cover Beatles, Bon Jovi and Bruno Mars.
The band has developed a reputation for quality, not just for their unique performances, but also for the quality of sound and customer service throughout. The band travels with the highest quality PA and lighting rig, including 8 channel desk, Italian RCF speakers (delivering 1200 watts RMS) and top range instruments. Howard now plays a Ned Steinberger CR5 violin/viola, and the two Chris’ own Faith, Ovation and Martin electro-acoustic guitars. Michaela completes the look with an LD Systems retro Memphis mic.
The most telling thing about Live Lounge is that they are invited back time and time again. They have now performed 4 Charity Golf Open Days for Morrisons at Oulton Hall Hotel and Golf Course, 6 Bradford Business Forums and are set to do their 7th and 8th gigs at Blues Bar Harrogate in 2015. Obviously they don’t get repeat wedding bookings, but a bride at the Red Lion in Burnsall in 2014 loved the band so much, she has now booked them for her birthday in July 2015!
“Dare to be Different” and book Live Lounge for your wedding, party or corporate event. Read the testimonials, you won’t be disappointed! 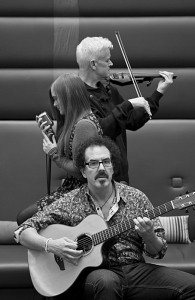 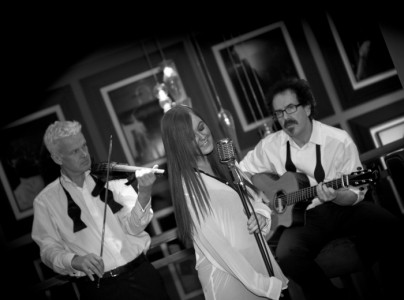 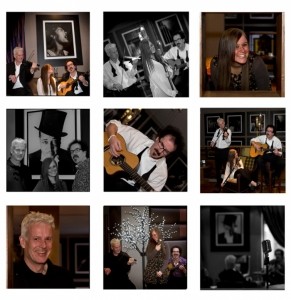 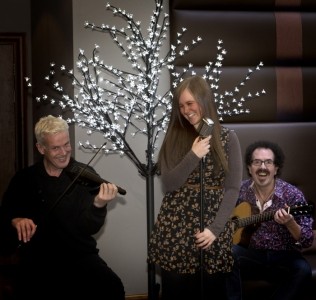 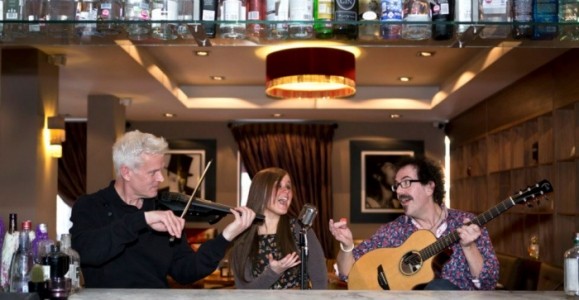 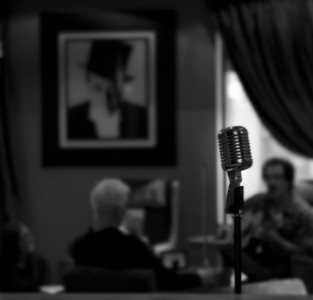 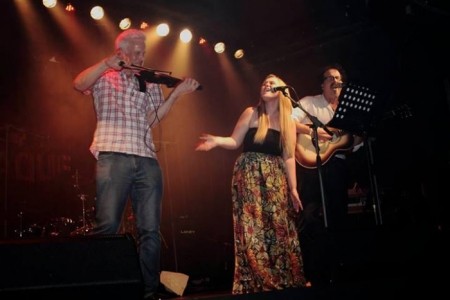 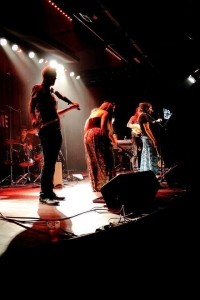 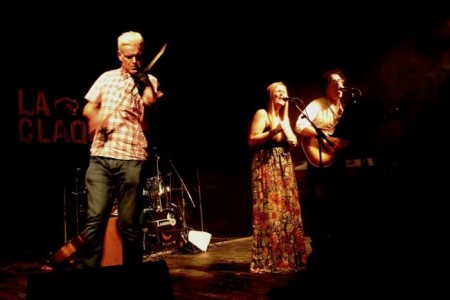 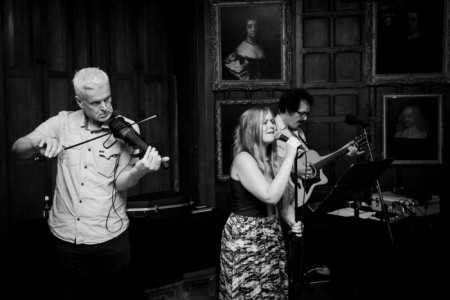 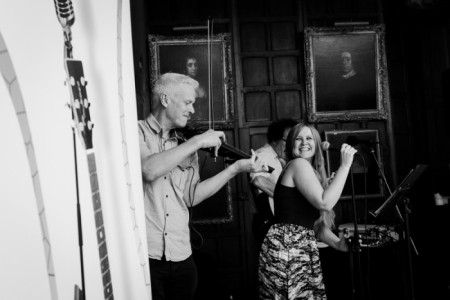 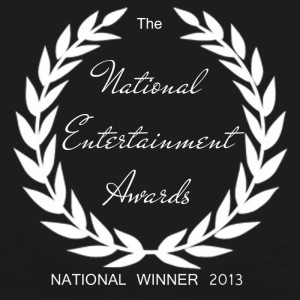