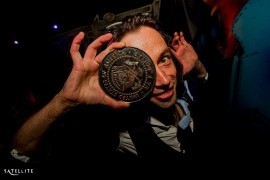 1
(no reviews)5.0
Country: United Kingdom
Based In: london, London
Performs: Worldwide
From: from ￡500

When contacting this member, please state that you are viewing their Entertainers Worldwide profile.
Request a Quote
Share this Page:
Profile Views: 187
Report this profile

Meet and greet act,
Favorite routines described below
(list non exhaustive)
_ Ultimate coins:
pretty much everything that can be done with coins... they appear very visualy, defy gravity, travel, pass through a guest's hand, grow bigger.... and bigger... 7 minutes worth of coin magic, around 30 visual effects in this routine
_voodoo experiment:
cards used rather than people! a signed card appears to burn inside the participant's hand.
_ feminine intuition:
Trying to disprove the rumor saying that women are always right..... and failing to it.... the participant holds a deck of cards ... in her hands, name one randomly and guess correctly its location inside the pack.
All routines are performed sleeveless, no jacket eith big pockets , without 'gimmicks' or plastic props.

Birn in 1980, BenZ started magic in 1997 and has been performing ever since.
first as a general entertainer in holiday resorts in France. He then moved to uk and became resident magician in restaurants and night clubs in Sheffield (some for over 10 years).
Fully professional since 2009, he has been invited to perform at trade shows and weddings throughout the uk and all the way to germany... and even china.
His show can be performed in French and English... or silently... and can be adapted to any kind of audiences. 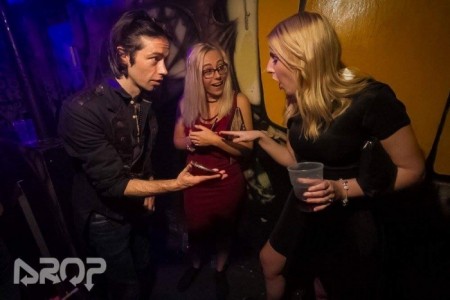 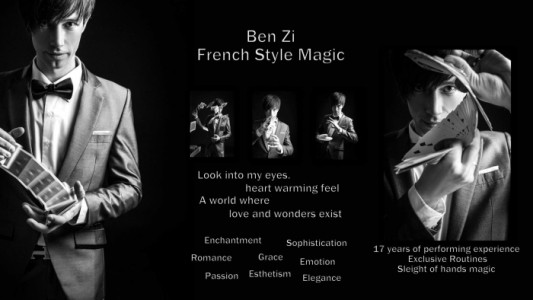 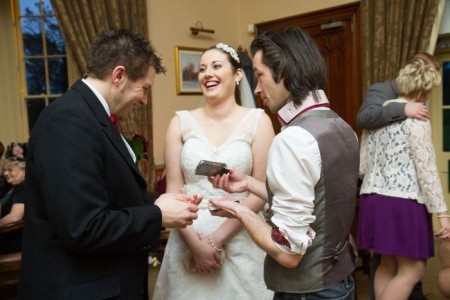 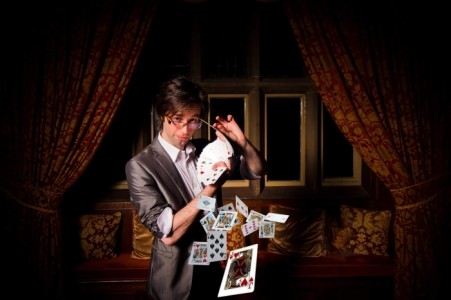 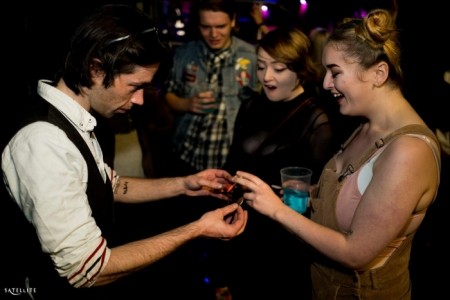 Comfortable in any environment, BenZ will adapt his magic and approach to the event he is invited to.