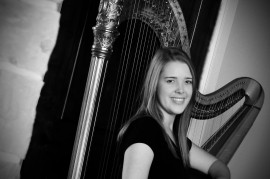 Harpist Kaili Kimbrow began playing the harp at age twelve and has performed in the United States, Canada, France, and Germany. Performance venues include the Morten H. Meyerson Symphony Center, American Church of Paris, and the Eiffel Tower.
Request a Quote
Share this Page:
Report this profile

Dallas area harpist, Kaili Kimbrow began playing the harp at age twelve and has performed in the United States, Canada, France, and Germany. She has studied harp in the United States and Canada under notable harpists Ellen Foster of the Atlanta Symphony Orchestra, Dr. Laura Brandenburg, Professor at Texas Christian University, Elizabeth Volpe Bligh, Principal harpist of the Vancouver Symphony Orchestra, and Sydney Howell, former harpist with the Fort Worth Symphony Orchestra. Kaili participated in a masterclass with Judy Loman. She graduated from Fountainview Academy in British Columbia, Canad ... a where she was principal harpist of their orchestra. Ms. Kimbrow was a 2016 Music Festival Scholarship winner at Southwestern Adventist University. Currently, she is working toward degrees in both Harp and Organ Performance at Southern Adventist University in Collegedale, Tennessee. Kaili is a member of the American Harp Society and enjoys playing at church services, weddings, and special events. Performance venues include the Morten H. Meyerson Symphony Center, American Church of Paris, and the Eiffel Tower. She frequently performs with ensembles, including choirs, wind symphonies, orchestras, and chamber groups. Currently, she is principal harpist of the Southern Adventist University Symphony Orchestra. 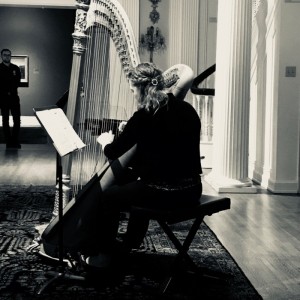