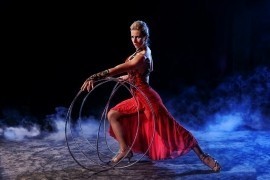 (no reviews)5.0
Country: United States
Based In: USA, Florida
Performs: Worldwide
From: Contact

When contacting this member, please state that you are viewing their Entertainers Worldwide profile.
Request a Quote
Share this Page:
Profile Views: 147
Report this profile

In her award winning Hula Hoop act Alesya Gulevich combines tricks with multiple rings with high speed, elegance and powerful Latin tango music. Imagine: Sparkling hoops seem to rise from the floor to encircle her as if lifted by unseen hands. This unique flourish is performed with such exquisite control that Alesya appears almost motionless, the hoops seeming to have a life of their own.
It is an amazing demonstration of style, movement and grace, about which the German newspaper "Die Welt" once wrote: "Alesya Gulevich spins first ten and then over 50 hoops in the most amazing patterns and ... sparkling play of colours around her body. Many poor fitness fanatic can practice as long as they want, but they will never reach something artistic like this."

The fact that Alesya Gulevich is a three time Guinness World Record holder, with the most Hula Hoops simultaneously spun at one time, should come as no surprise. Alesya was born into the rich heritage of the Russian circus, the most respected of circus traditions. Her mother is the noted Russian aerialist, Nadezda Bilenko (watch her act on youtube), and her father is the famous clown from Belarus, Fiodor Gulevich (watch his act on youtube).
It's natural that Alesya follows in their footsteps. She left her birthplace in Rostov-on-Don, southern Russia, when she was only one month old to trave ... l on the road with her family. By the time she was five she was already in the act: tumbling, balancing, performing acrobatics and learning the disciplines and skills that would serve her in the years to come.
By the time she was twelve she was performing solo with an act created by her father, a comedy bicycle and unicycle performance. At the age of fourteen she created her own act with Hula Hoops, the act for which she has now become famous. Today she is not only one of the most sought after center ring acts in the circus world, but in great demand by cruise lines, corporations, sporting event planners and television.
Alesya Gulevich is a true modern circus artist and entertainer. She has a strong background in dance and choreography, having studied ballet and modern jazz. She is well versed in all the circus arts from comedy to animals to flying trapeze. Performances in renowned venues (Sporting Club Monte Carlo, Lincoln Center New York, Cirque d'Hiver Bouglione), for famous clients (NBA, Microsoft, Toys'r'us) and popular TV shows (America Got Talent, Ellen Degeneres "The Big Show", Patrick Sebastian's "Les Le Plus Grande Cabaret du Monde") prove that there is no doubt: Alesya Gulevich has taken her career to the highest level of show business. 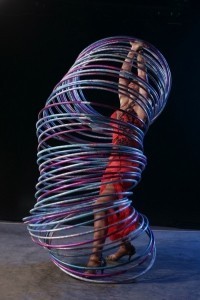 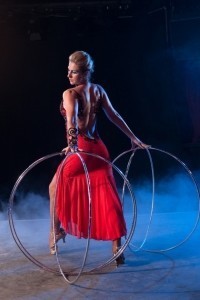 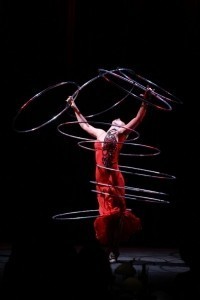 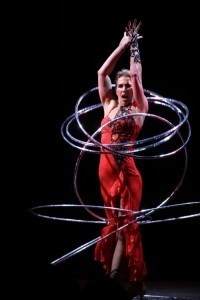 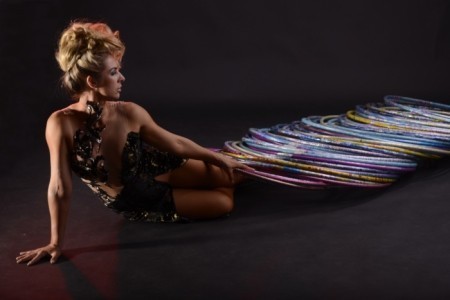 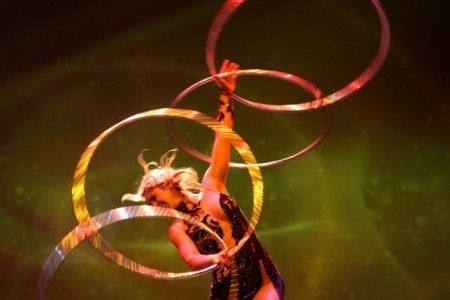