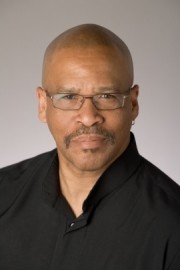 2
(no reviews)5.0
Country: United States
Based In: Maricopa, Arizona
Performs: Worldwide
From: $250

I am a Stand-Up Comedian performing mostly in the Phoenix, AZ area. I can perform clean or adult comedy.
Request a Quote
Share this Page:
Profile Views: 2055
Report this profile

Thomas Brown / Bio
Thomas Brown, originally from Reading, PA and now living in Phoenix, AZ, has been involved in the Performing Arts for over 30 years with a majority of it being in the Pageantry Arts. He was a member of the award winning Reading Buccaneers Drum and Bugle Corps where he performed in all facets of the organization as well as the activity. Whether being on the field performing, teaching or judging Thomas was always able to find something humorous during the moment. It was not just with the Pageantry Arts but also during real life situations.
All of this lead him to where he ... is today as a Stand-Up Comedian. In 2007 on a dare by a friend, Thomas enrolled in an Intro to Stand-Up class at Scottsdale Community College, which was an eight week non-credited adult learning class. Those eight weeks forever changed Thomas Brown’s life.
Under the careful guidance of class instructor, Dee Ann Kinkade, who herself is a Stand-Up Comedian, the fire was lit and there was nothing stopping me on my quest to hit the stage. After my completion of the class at Scottsdale Community College I continued on learning about the craft by attending workshops at the Comedy Spot Comedy Club in Old Town Scottsdale where Dee Ann Kinkade was also the resident instructor. After a series of Student Showcases and many Open Mics a new career was launched.
Now Thomas is performing all around Arizona and opening for such headliners like Lord Carrett, Dwayne Perkins, Vince Morris, Steve White, Sean Kelly, and The Greg Wilson and served as a MC at the Berks Jazz Festival in Reading, PA.
I had several radio interviews with Berks Jazz Fest radio personalities like former Jazz Station WJJZ’s Michael Tozzi, Mike Anderson from the Berks Jazz Fest, Jo Painter from Reading’s local radio station WEEU and most recently with Smooth Jazz 92.7’s Paul Scott.
Always looking to make people laugh……Ladies and Gentlemen….. Downtown Tommy Brown