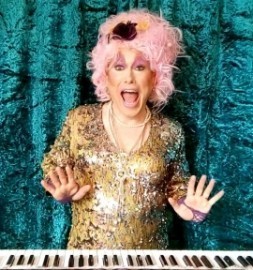 A comedy and musical drag act to entertain, titillate and beguile.
I sing live, performing my own original rude comedy parodies of popular songs at my furry pink piano, as well as diva tributes to Liza Minnelli and Cher, along with lots of comedy banter in between.
I also perform an original Christmas show, A VERY SMUTTY CHRISTMAS, featuring my own rude comedy re-workings of popular Christmas songs, as Marcia's alter-ego Mrs Smutty Claus. Taking bookings for December 2019 now!!! Perfect for inappropriate Christmas parties and gatherings of any kind! Enjoy numbers such as 'It's the smutt ... iest time of the year', 'O horny night' and 'Ode to a Brussels Sprout'.
With a background in musical theatre, I bring a high degree of finesse and professionalism to my performances. My humour is off-the-wall, sharp and quick-witted. My shows are high energy and engaging.
My comedy parodies are rude and crude, but also hopefully witty and clever, delivered with a great deal of homeliness and sweetness. My drag character, Marcia D'Arc, is a self-appointed 'Filthy Godmother', as well as a fully untrained and unlicensed psycho-sexual therapist, doling out dodgy sex advice and over-sharing anecdotes from her own unsatisfying marriage bed between songs.
I have over 90 minutes of material in my repertoire. Songs from my act include parodies of '9 to 5' - re-imagined as '9pm - 5am', 'The Sound of Music' re-invented as 'The Sound of Dogging' and 'Let it Go' from Disney's 'Frozen', re-styled as 'Snort some blow'.

A graduate of Bristol University's Drama department, I have over a decade of experience performing in and out of drag in venues across Bristol, the Southwest and nationally.
In 2018 I took my solo show 'Songs of Smut and Sparkle' to the Edinburgh Fringe festival, where it was very enthusiastically received, and in 2019 I took the show to the Brighton Fringe Festival. I have also taken part several times in the UK Drag Idol competition, and have performed for my private events, including hen parties, birthdays and wedding receptions. 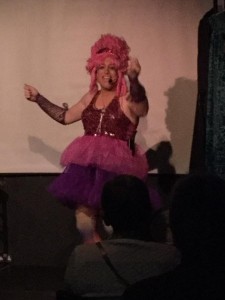 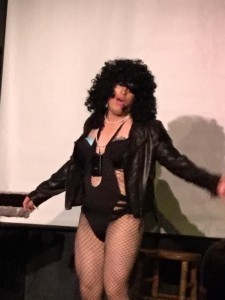 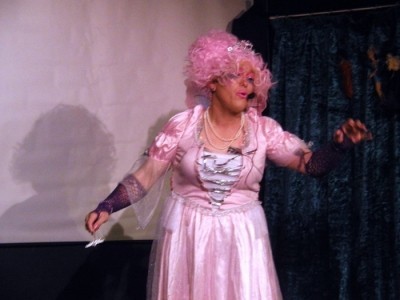 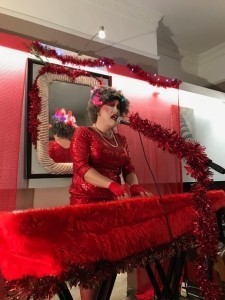 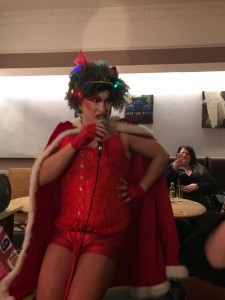 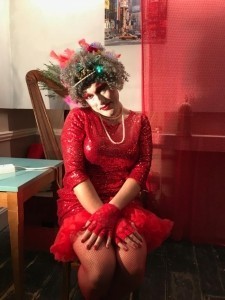 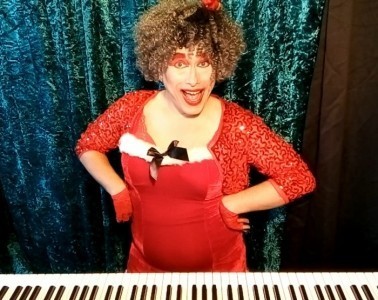 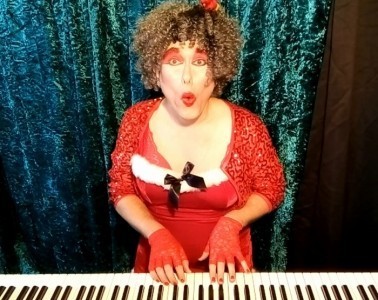 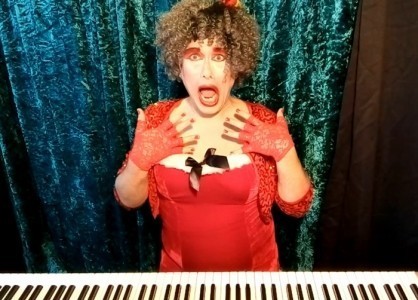 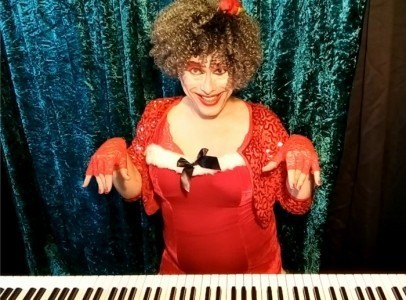 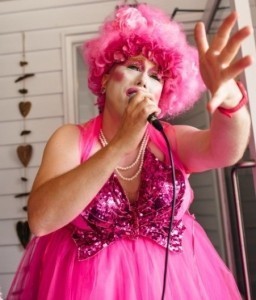 Performed solo show SONGS OF SMUT AND SPARKLE at the Edinburgh Fringe Festival in 2018, and at the Brighton Fringe Festival in 2019, both of which were very well received.
Have performed several times at The Royal Vauxhall Tavern in London, one of the birth-places of drag in the UK.
Private engagements include: 70th birthday party, work parties, hen parties, wedding receptions, nursing homes (non-rude show).