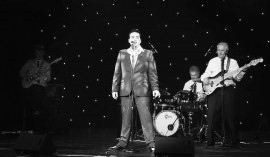 Jared Lee International Elvis Masters Champion. Tupelo To Vegas is a 2hr show spectacularly recreating Elvis Presley's phenomenal career. Taking you back to where it all began in the 1950's to the Movie years, 68 Comeback and The Concert years 1969-1977.
: 0752518XXXX Click here to reveal
full number

When contacting this member, please state that you are viewing their Entertainers Worldwide profile.
Request a Quote
Share this Page:
Profile Views: 1180
Report this profile

I perform 2 different tribute to Elvis shows, Tupelo To Vegas and Elvis The Early Years 1954-1964. Both available with full band.
Tupelo To Vegas is a 2hr show spectacularly recreating Elvis Presley's phenomenal career.
Taking you back to where it all began in 1954 with Elvis' first recordings at Sun records, through to the Hollywood Years, NBC 68 Comeback Special and the Electrifying Vegas Years.
All faithfully recreated by Jared & his band including all of the hits from 1954 to 1977. The Wonder Of You, Heartbreak Hotel, If I Can Dream, Blue Suede Shoes, Viva Las Vegas and American Tri ... logy to name but a few. Along with many of the well known hits of the King are included as well as a few obscure songs which are sure to please the most ardent Elvis fans.
Elvis The Early Years 1954-1964 takes you through the first 10 years of Elvis' career. From the beginning when he first walked into Sun Studios to record My Happiness through to the early movie years.
All the hits are featured in this show including That's Alright Mama, Blue Suede Shoes, Hound Dog, GI Blues & Viva Las Vegas just to name a few.

I have been performing as an Elvis Tribute artist and vocalist since the tender age of just 16 and i'm officially recognised as one of the top Elvis Tribute Artists in Europe. I was recently crowned International Elvis Masters Champion.
I have been lucky enough to perform all around the UK, had 3 successful season in Cyprus and even performed in America. I am one of only a few Elvis tributes to win in America.
AWARDS AND ACCOLADES
Winner - International Elvis Masters Champion
Winner - Lake George Elvis Festival (New York)
Winner - Best 50's Elvis Award Awarded by Charles Stone Elvis' ... Tour Manager
Runner Up - English Championships
Runner Up - Best Festival Elvis
Runner Up - European Masters
4 Time Finalist - European Championships 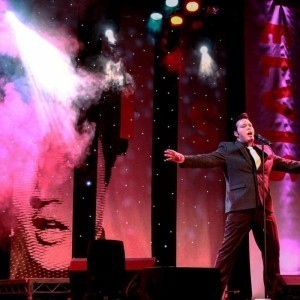 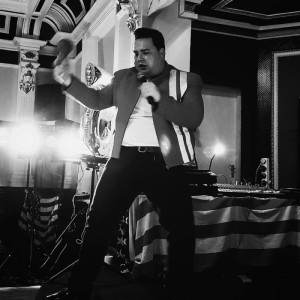 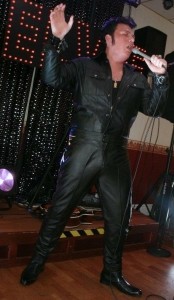 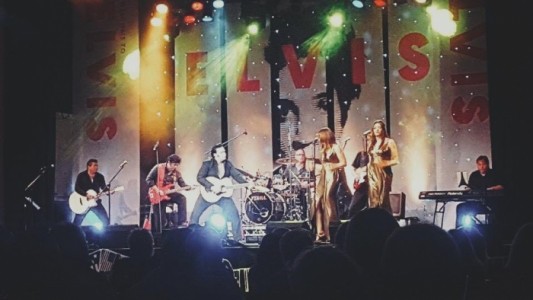 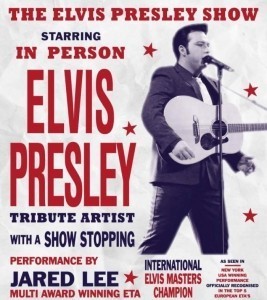 Jared Lee - Elvis Impersonator - Blackpool, North West England Event Location: Didsbury Cricket Club, Manchester Event Type: Birthday 25th March 2017
We booked Jared to perform at my 50th just over a week ago - he was amazing. I am a lifelong Elvis fan and this young man has real stage presence, recreating the Elvis experience; he managed to get the whole audience on their feet after his first set...when he came back on for the Vegas years segment, he had them eating out of his hand...amazing. May book him again for my 60th! Bern
Reviewed by: bernard delaney