I'm looking for:
near:
No valid location selected.
You Are Here: Jugglers / United States / Oregon / JuggleMania 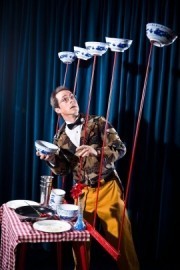 JuggleMania's "Hilarity and Dexterity” has appeared to laughter and applause in over 30 countries at such venues as cruise ships in the Mediterranean, festivals in Asia, museums in the Middle East and theater stages from Trinidad to Egypt.
Request a Quote
Share this Page:
Profile Views: 2510
Report this profile 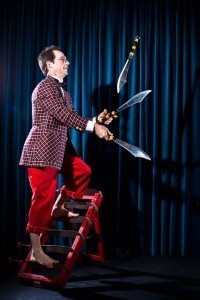 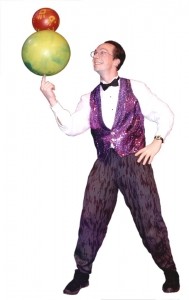 Rhys Thomas is a juggler, comedian and entertainer in the Pacific Northwest of the United States. He has been performing publicly since 1987. His performance style is one characterized by jokes and puns accompanied by visual tricks and stunts. He performs at theaters, banquets, schools, churches, libraries and festivals.
His “JuggleMania” show features interactive comedy and high level circus tricks.
His “Science Circus” show adds Newtonian Physics to this mix of hilarity and dexterity.
Clean comedy, amazing tricks, interactive shenanigans and an educational option make JuggleMa ... nia the "Something Different" you’re looking for.
It’s a never fail formula that’s been enjoyed from the Smithsonian Institution to the International Congress of Neurological Surgeons, from Mediterranean cruise ships to Singaporean shopping malls, Arabian stages to American theaters, festivals, schools and banquets for over two decades.

JuggleMania's "hilarity & dexterity" over the Zoom platform. 3 cameras, great sound and lots of fun. The "Science Circus" version is also available for home schools, museums and other educational clients. 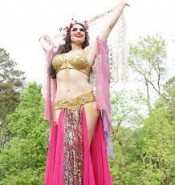 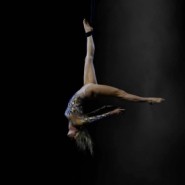 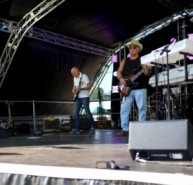 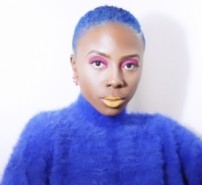