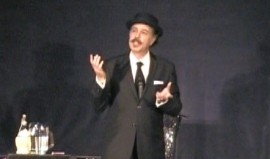 An instantly likable, older gentleman from Italy with a fancy mustache and a charming demeanor- Pasquale! Pls Do not confuse this act with your roster of comedy magicians – this is a CHARACTER Based, Comedy Performance (the character just happens to be a magician..).
: 954-252-XXXX Click here to reveal
full number

MEET PASQUALE! - Grande Divertimento!
“I became interested in magic when I was a small boy in Italy. I loved magic so much I said to my mother, “mama,
I have half a mind to become a magician!” to which she replied, “Well, that's all you need...”.”
So begins the performance of Pasquale. An instantly likable, older gentleman from Italy with a fancy mustache and a charming demeanor. Billed as Pasquale, Italy's Greatest(??) Magician..in America, it is important that you please do not confuse this act with your roster of comedy magicians – this is a CHARACTER Based, Comedy Pe ... rformance (the character just happens to be a magician..).
Pasquale's wonderful Italian accent, storytelling, jokes, music, Italian sayings and philosophies and, yes a bit of really good magic will charm every person in your audience!
Perfect as a 15-20 minute spot in the middle of a Production show, International show, Italian night, Rat Pack tribute, etc. Pasquale is certain to be a hit and the one they will be talking about afterwards. Or, an Evening with Pasquale is 45-50 minutes of fun as only Pasquale can produce! Audiences love Pasquale earning him regular standing ovations! The perfect cruise ship act as it travels light yet gets a great audience reaction.
Pasquale is the brainchild/alter ego of Dan Christopher, a professional Variety Arts performer since a child (over 40 years performing experience!). Dan's performing career has run the gamut of Vegas Productions, Cruise Ships, Touring Revues, Television and Commercial work and so much more. The Character of Pasquale is based on Dan's grandfather (who really was named Pasquale and came from a small town in Italy), together with the influences of Fr. Guido Sarducci, Vito Scotti and other Italian character actors. Since developing the character of Pasquale, audience reactions (especially older (40yo+) audiences) and repeat bookings have been through the roof!
As the proof of the pasta is in the eating, please take a few
minutes to visit Pasquale's web site:
http://ItalianMagician.com
There you will find a short video that will give you an idea
of the act and how it plays. For more information and
available dates, please contact:
Dan Christopher a/k/a Pasquale
954-252-1804
MagicofPasquale@gmail.com 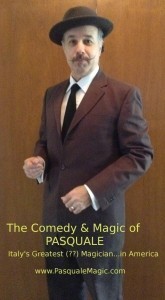 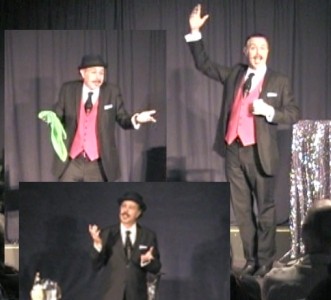 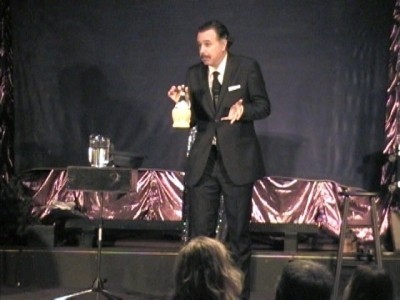 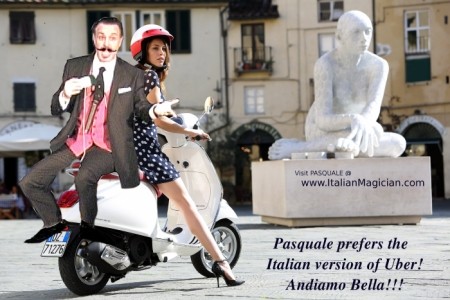