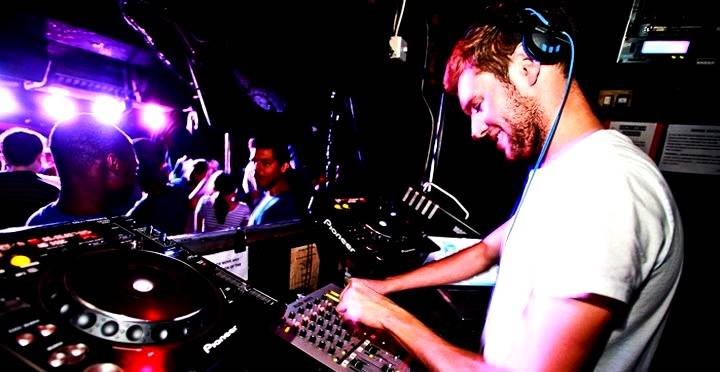 What was the first track you ever bought?

Ah gee… This is quite embarrassing. I could give you the cool answer and say it was a Nas album, but the first track ever was ‘Crossroads’ by Blazin’ Squad on my cassette Walkman. Bad I know. But my Dad was a DJ back in the day so there was always good music around when I was growing up.

What genres and sounds do you prefer working with?

I think I would describe it as ‘Bouncy House’ as the word House is such a fluid concept these days. My club sets do tend to be energetic between 125 and 128 beats per minute. I’d like to think that people come away wanting more because the time has got away from them! My bar sets obviously have a slightly more commercial edge to them, but the energy is always there.

What is it about the art of DJing that appeals to you and how did you initially get into it?

The art of scratching and ‘turntableism’ appealed to me at first, as early influences came from some hip-hop and even garage records. I still love a backspin or two every now and again! But for me now it’s all about the journey you can take people on during a set.  Best piece of advice I was ever given was: you can gain or lose a crowd with one record.

I started out being roadie for my Dad helping carry and set up speakers when I was still in school! After taking my exams I had picked up a few gigs…and after a few months I was offered a contract to go and DJ on a cruise ship. I had no desire to go to university, so I went for it and before I knew it…I had seen quite a bit of the world on several cruise lines. It’s a job I probably could have carried on but I had strong ambitions to make a success of DJ work at home.

Have you seen the DJ industry changing or pushing towards a new style of sound or production?

Yes definitely. It’s a change that I’m sure everyone in the industry would agree is quite dramatic. Everything is electronic, easily accessible and in some cases free. I think that’s why it feels like the whole world wants to become a DJ or Producer! I do feel extremely lucky to get the work as it is so competitive now.

Who inspires you musically?

This answer could probably be a mile long! Anyone who breaks the mould really. Two albums I have enjoyed in recent times are ‘Damage Control’ by Mat Zo and ‘Hurry Up, We’re Dreaming’ by M83. DJ inspirations growing up were Fatboy Slim, Armand Van Helden & Roger Sanchez. Outside dance music I have always been inspired by Soul, and took big interest in guitar players like Hendrix & Kravitz.

Where do you see yourself in 10 years?

Producing. In this day and age I don’t think you can be serious about making this your career without putting material out there. You look back at DJ’s that made their name from performances behind the decks alone, producing tracks to play out was the only thing left to accomplish. Now it’s the other way around. Young whizz kids are quickly learning to beat-match because their music has got them booked for huge festivals! It’s crazy!

Where can we see/ hear you play?

That changes every week at the moment! My agent gives me a lot of ‘one-off’ sets in January before things really get going again with residencies in Feb. 95% of the time its London, but 2014 is looking exciting already with a couple of things in the pipeline to play in the States and Dubai. Last year I played Ministry Of Sound and Pacha London twice, and will be hoping to secure DJ sets there again this year.

What’s been your festival or the year or best music memory of 2013/ track that sums up 2013 for you?

It has to be playing Ibiza. The whole three days I was out there flew by, the gig itself was just unbelievable. I can’t thank Eden enough for the hospitality! The night I arrived we went with a few of the entourage to Pacha to see Viva Warriors and got to chat with Steve Lawler before he played, and before I flew home I got to see Nic Fanciulli bring the house down at Ushuaia for the Ants opening party. Great memories.

This entry was posted in UK DJs. Bookmark the permalink.